This Hidden Resort in Puerto Galera is the Ideal Weekend Getaway

Do you know where the next summer getaway is? Find out why this hidden resort on Boquete Island, Puerto Galera is the ideal vacation spot for adventure-seekers, families, couples and even executives who need to work remotely. Enjoy the island life here while still being connected!

Tucked away in a hidden lagoon on Boquete Island, Fridays Puerto Galera serves as a luxurious getaway for families, honeymooners, or groups of friends who want to bask in the beauty of Mother Nature. This little piece of paradise is just three to four hours away from Manila, which makes it an ideal place to relax and recharge. There’s a coral garden just a few feet away from the shore, where you can snorkel to your heart’s content. Ten minutes from the resort is Muelle Bay, where giant clams thrive in clear, blue waters.

Fridays is already a familiar name in Boracay, but its sister resort in Puerto Galera is slowly rising in popularity as well. Even before the resort opened in December 2017, word about it had already started to spread. “While we were developing this place, there was a large, consistent amount of people coming over, doing their island hopping,” says Mike Panlilio, senior vice president for operations of Boulevard Holdings Inc., which manages Fridays. “These are the regular Puerto Galera travelers who go by in their boat, and say, ‘Hey, what’s this cool thing here?’” 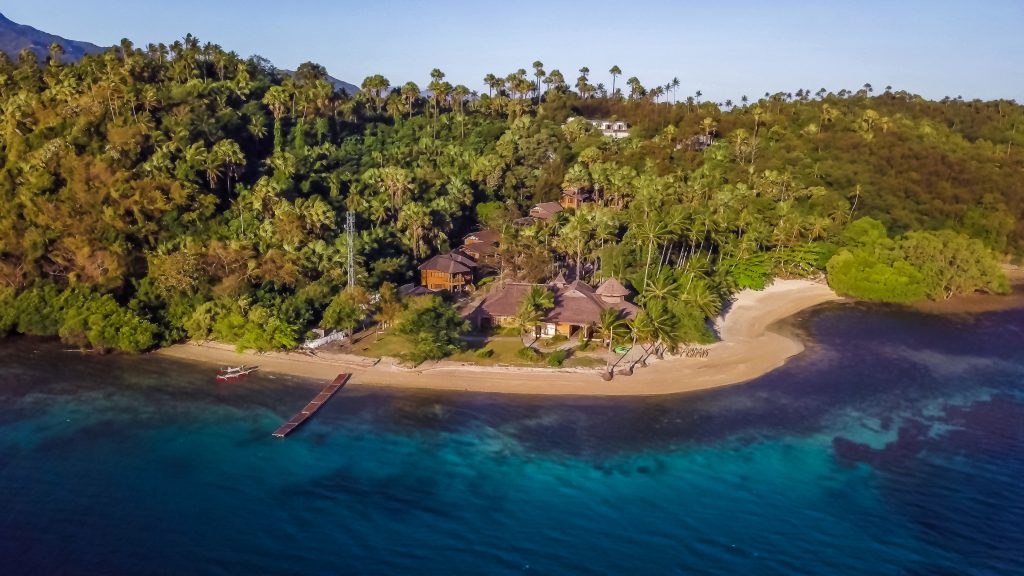 In for a surprise

When the resort was finally built, the guests’ reactions were no less than ecstatic. “The reception has been very warm,” shares Panlilio. “As soon as they arrive, they say, ‘Wow! It’s so beautiful!’ They’re shocked that there’s a hidden gem so close to Manila and they never knew about it.”

Aside from being surrounded by powdery white sand and crystal clear waters, Fridays Puerto Galera is strategically located near popular tourist attractions. “Five minutes across our beach is Coral Garden, where you can snorkel and see this fantastic reef full of marine life,” says Panlilio. “Ten minutes on the east side, you can see giant clams. Then 20 minutes away is White Beach, as well as underground caves you can trek through. It’s definitely an adventurous experience.”

As with any new business, the resort has experienced its own set of challenges, but successful entrepreneurs know that these are all part of the learning process. “When you’re a new resort, a new business, there’s always going to be some growing pains. We want that to happen so we can see how we can improve,” he says.

One challenge Panlilio cites is the resort’s relative seclusion. “That’s actually both an advantage and a challenge. The advantage is that it gives this feeling of privacy and seclusion in a good way. But at the same time, it’s challenging because of logistics. Everything that goes in and out of the resort has to be brought in via boat. There is no land connection.”

For people who want a unique experience in Puerto Galera, Fridays is the place to be. “So far, there really isn’t any pre-existing development like ours in Puerto Galera,” says Panlilio. “In Sabang, the resorts are like bed-and-breakfast places since they cater mostly to divers who are a hardier, more rough-and-tumble crowd. And in White Beach, it’s more of your traditional type of hotel that’s three- to four-stories high. But in Fridays, our resort is nestled in this hidden beach in the middle of the lagoon.” 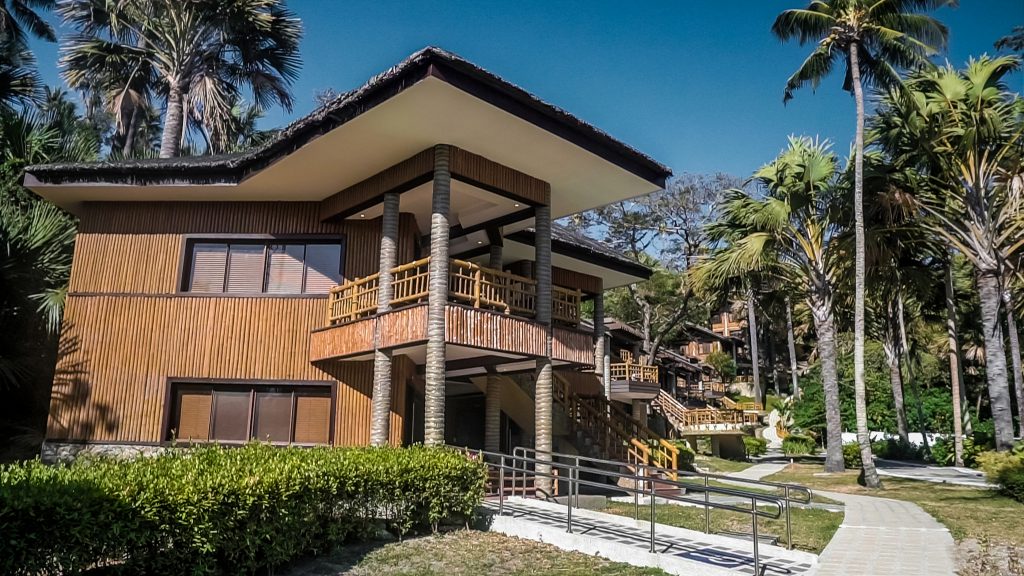 Aside from its location, Fridays’ amenities also make it different from all the other resorts in the area. “For both Boracay and Puerto Galera, we tend to build our rooms with a very spacious cut. An average hotel room would be about 28 to 32 square meters. Ours are anywhere from 65 to 72—it’s more than double. It’s like a hotel suite, but with no walls. We want our rooms to have an open atmosphere where everyone can see each other and socialize as a family.”

As for the resort’s design, Fridays worked with renowned architect Jun Palafox. “When we approached Palafox, we said we wanted to incorporate as much of the environment that’s already here, like a Garden of Eden-type setup where it’s very open,” says Panlilio. “We asked Palafox to look at the Boracay resort and do the same thing for us in Galera, but in a way, strike a better balance between modernity and the rustic, indigenous nature.”

As Fridays enjoys in its success, it still makes it a point to support the local community. “Everything from transportation to local produce, down to the fantastic staff we have here, most of them are locally based,” Panlilio relates. “We want to work with the local communities because when they succeed, we succeed.”

Though the resort has only been operating for a little over a year, Panlilio already has big dreams for the future. “I want us to be even bigger than Boracay because of our proximity to Manila. And if given a chance, I’d love to expand both locally and regionally. I’d love to see Fridays as an international brand and show the world our Filipino hospitality.” 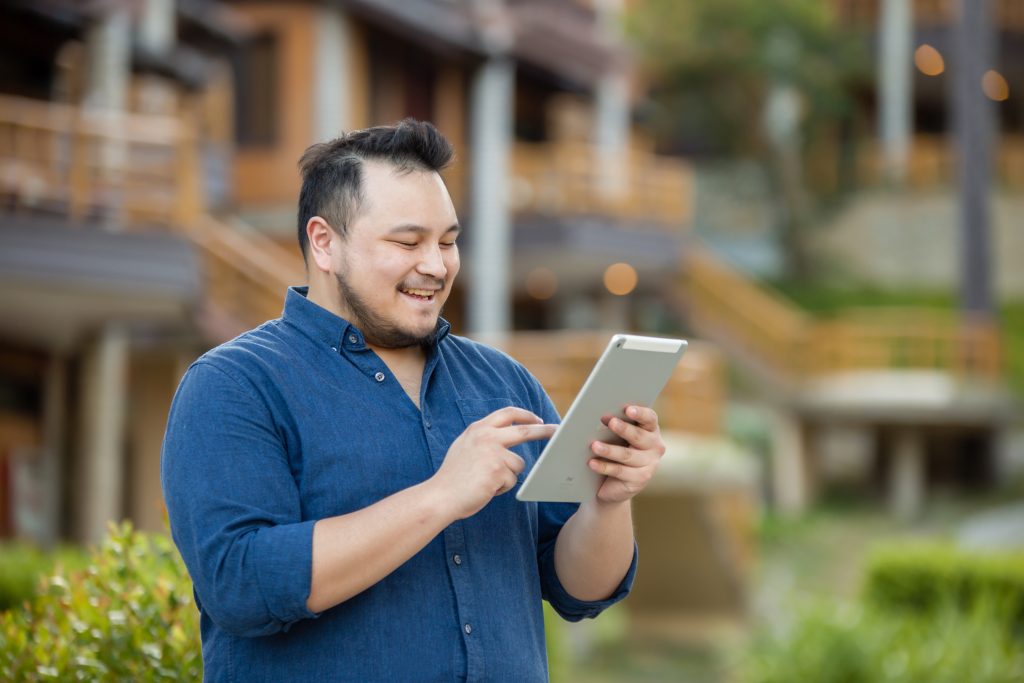 Learn business tips and success stories so you can be on your way to creating your success, just sign up to Globe myBusiness Academy.

Want to Turn Your Business Into a Franchise? Here’s How to Get Started

What to Look for in a Delivery Service for your Business

Here’s How to Dress for Success in 6 Easy Ways